We hit up Jeff Hammond, our Designer and Lead Supervisor of Wood Projects, about his recent work on Skatepark of Tampa’s street course. Here are a few of his thoughts on the new setup: 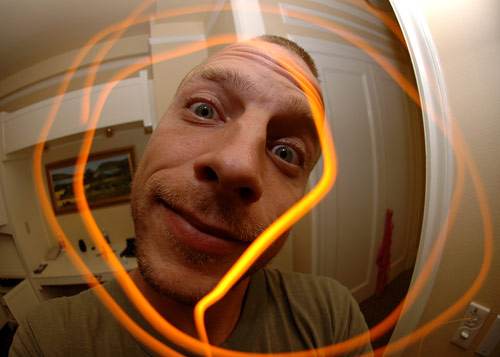 What are your favorite parts of the new build?
“My favorite part of the 2011 tampa course is the multi-use hip section.. Not for reasons of it being complicated to conceptualize or build or anything like that.. It’s actually a quite simple area to frame and consists of only straight and square lines.. Visually though, it just seems solid and clean, plus we managed to get 4 or 5 (depends on how you look at it and/or ride) different hip elements into this year’s course.. Generally speaking, hips take up a lot of area- for instance, the older tampa pyramids took up 25% of the available space in there.. Building the hips as we did this year barely used any of spot’s limited square footage.”

“I also like the surface blend in the area between the roll-in and the tight tranny 1/4, plus adjacent areas… it’s not super skate-able but I’m thinking some ’slashdogs’ will get busy in that area.. I like it more from a design/construction technique point of view.”

What inspired you to build some of the unique and quirky pieces, like the tight little quarter along the edge of the park?
“That’s one of those things you don’t necessarily think of first then set out to build it.. It comes along during the actual building process or late in the design process.. You might step back and look at what you have so far then the design tells you to put it there — instead of you telling the design what to do..”

What made you want to go for a mellower design for the course? It’s definitely the most different Tampa setup I think we’ve ever seen.
“Tampa is a tough one.. The main street course is relatively small yet it hosts two of the biggest events per year featuring many of the most talented figures in skateboarding.. Thing is, SPoT is also a premier skatepark and needs to be inviting to everyone else for the other 50 weeks in the year..

So my intent with tampa is to make it easy to ride for everybody but i try to arrange the hits in such a way that lil’ 12 year old Johnny can try his handrails tricks on an easier little rail but, if you skate the same rail in another direction or from a different angle then it opens up the possibility for a much more challenging and/or useful obstacle for the skilled riders.. So yeah, i think it’s a mellow course overall, but there are some hidden lines in there for people to get showtime on.. I don’t doubt that we’ll see some great skating at Tampa Am & Pro this year on the new course.”

“That’s the approach i’ve been going for the past few years.. instead of making single ramps (i.e.- this is the pyramid, the quarter pipe goes there, etc), I try to make much larger single structures that can be skated from different directions.. if you hit an element one way, it’s easy.. the other way and it’s hard.. you can fit a lot more options into a skatepark this way and it also becomes more visually interesting.. It’s a more difficult approach to designing and building but when it’s successful, it really pays off.”

“All that being said, if the SPoT course were strictly being designed for high level skaters then yeah, I think it would be burlier overall.”

Be sure to check out SPoT’s new course. We have already skated it, and had a total blast! Big props to Jeff Hammond, and the rest of our wood crew for building such a sick course this year! Check this video to see it being shredded by some SPoT locals.