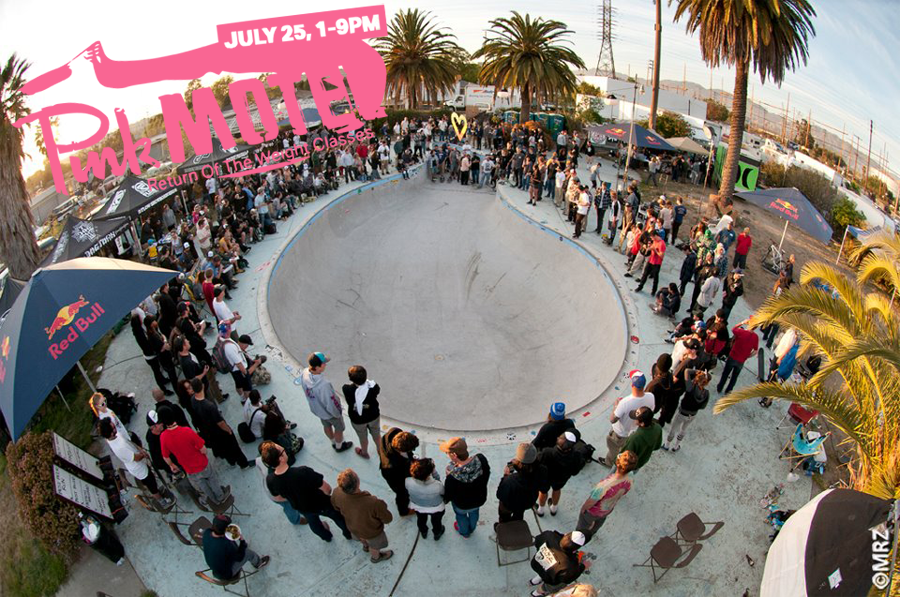 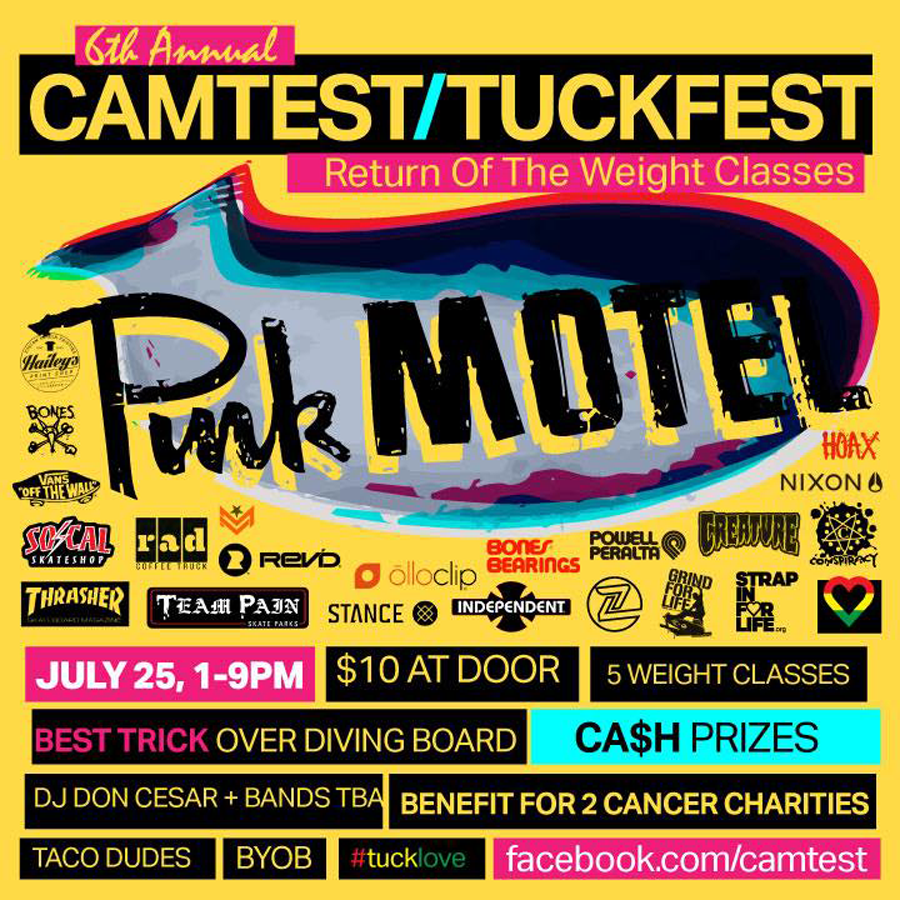 The Camtest/Tuckfest is a nonprofit charity event, in which all the proceeds gained go to the Grind For Life and Strap In For Life charity organizations, to benefit those fighting against cancer. The event is the brainchild of Cam Dowse and it continues to gain recognition and grow larger every year since its humble beginnings. It’s roots go back to the early 2000’s in Boulder, Colorado as a backyard contest at the “Skate Colorado Ramp”. At that time its only goal was to bring the local skate scene together for some summer fun. Since its humble start in Colorado, its grown into what it is now. It’s taken place at several venues throughout the years, including The Humbler, The Pink Motel, The Bad Egg House and even our very own Arvada, Colorado Skate Park.

In Sept of 2011, Dave Tuck a fellow skateboarder and dear friend of Cam Dowse and many of us here at Team Pain, was diagnosed with pancreatic cancer. In the words of Cam, “Dave’s always been an inspiration and deeply connected in the skateboard world, it’s no doubt the CAMTEST is now a contest in Dave’s honor… and forever it will be.”

The “King of the Snake” Dave Tuck Invitational presented by Red Bull took place at our Arvada, Colorado Skate Park and was a major success back in 2013. With over 6K in cash prizes up for grabs, some of the best skaters from across the nation came out to put on a show, take home some cash, and most importantly celebrate the honor of our good friend Dave Tuck. At the end of the day the top three skaters were, 1st Place – Josh Borden, 2nd Place – Andy MacDonald, 3rd Place – Dalton Dern. Tim Payne awarded the San Pedro crew (Riley, Robbie and Oscar) the Snake Charmer award and some cash for ripping the park to pieces and having a good time while doing so. Check out a few photos of the past event below!

We are really looking forward to this year’s Camtest/Tuckfest at the Pink Motel. Divisions are split up a bit different than your usual contest; it will be based off weight classes. Gates open at 1pm and a $10 donation at the gate is appreciated. This year’s best trick will be over the diving board and as always this will be a fun one where we can all come together with old and new friends alike to celebrate all our lives that are so passionately wrapped around skateboarding; as well as pay our respects to a man who dedicated so much of his own life to skateboarding. Rest in peace Dave, from all of us here at Team Pain. We’re honored to have had the opportunity to know you and we’re beyond stoked to take part in such a great cause, we look forward to many more to come. Thank you Cam for all that you’ve done and all that you continue to do for skateboarding.